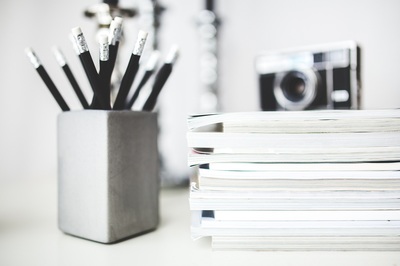 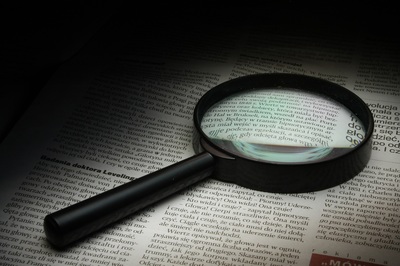 Letter of Support for NHO's on PMRF Recompete

NHOA sent a letter of support on behalf of NHO's that are members of the association to advocate proposals on the re-compete of the contract to provide services for Range Operations Support (ROS) and Base Operations Support (BOS) for the Pacific Missile Range Facility (PMRF) on Kaua'i, Hawai'i in 2018 pursuant to Navy Solicitation N0060417R3005.

On November 1, 2017, NHOA submitted to the SBA input and comments on reducing unnecessary regulatory burden docket number SBA-2017-005.  NHOA's Board feels it is important to provide input and comments -- to leverage and maximize the potential for feedback to the SBA from as many Native enterprises as possible.

As stated in the letter, NHOA appreciates the opportunity to work with SBA to advance President Trump's objectives of regulatory reform.  NHOA accepts that challenge, and supports the effort to identify regulations that impose unnecessary burdens or costs on small businesses, have exceeded their benefits, eliminated jobs, or inhibited job creation, or are ineffective or outdated.  An additional supplement will also be sent along side the first letter by November 15, 2017.  Copies of the letters will be provided momentarily.

Most have known that the US Court of Appeals released their decision on the Rothe Appeal early September, six months to the day after the oral arguments were presented.  NACA has been kind enough to share this with the NHOA based on our Memorandum of Understanding (MOU) with NACA and the Native Hawaiian Chamber of Commerce.  We are grateful for NACA’s support, consideration and partnership.  Inserted is a summation of the decision with upholds the original decision that was rendered in District Court.  We are pleased to pass on the good news:
“Because the statute lacks a racial classification, and because Rothe has not alleged that the statute is otherwise subject to strict scrutiny, we apply rational-basis review, which the statute readily survives. Rothe’s evidentiary and nondelegation challenges to the decision below also fail.  We therefore affirm the judgment of the district court granting summary judgment to the SBA and Department of Defense…”

Attached is a copy of the decision as well as the summary prepared by Amicus author Christine Williams (NACA Legal Counsel for the Brief).

Under previous regulations, NHOs established economic disadvantage through their board members.  That is, a majority of an NHO's board had to be Native Hawaiian AND economically disadvantaged (personal net worth under $250,000 for new NHOs and under $750,000 for continuing eligibility).  This presented challenges for NHOs, especially the new NHOs because it has been difficult to find individuals that have the capabilities, experience and qualifications to manage/operate an NHO, but who also are economically disadvantaged in the eyes of SBA.  Specifically, if you have substantial management experience and qualifications, then presumably you have achieved financial success over the life of your career.


As contained in the rule and as explained by SBA Associate General Counsel for Procurement, once the first NHO establishes the Native Hawaiian Community and that it is economically disadvantaged, all subsequent NHOs will not have to establish economic disadvantage.  This rule took effect on August 24, 2016.   While this new rule should provide significant streamlining of NHO applications and annual reviews in the future, we likely will not see that until the SBA field offices and application processing centers have received training on the new rule.  In addition, existing NHOs are advised to continue submitting annual reviews in the manner that you have always done so until you are told otherwise by your BOS.

NHOs Are Now Eligible For HubZone Certification
On August 4, 2016, the SBA issued a Final Rule implementing provisions of the 2016 National Defense Authorization Act which authorized NHOs to own HUBZone small business concerns.  Previously, NHOs were not able to have their for-profit companies pursue HUBZone certification.  Assuming that an NHO-owned firm is otherwise able to meet theHUBZone eligibility requirements, this new rule provides NHO-owned firms with significant opportunities, because many agencies and prime contractors generally have difficulty meeting their HUBZone goals.

Currently, not all areas of Oahu are considered HUBZone; rather, there are pockets and in order to determine whether a specific address is located in a HUBZone, you would need to enter the address into the SBA's HUBZone map.  However, with respect to the neighbor islands, each island in its entirety is considered a HUBZone.  We learned last week at an event held at SBA's Hawaii District Office, that much of the island of Maui will be losing its HUBZone status in 2018, so for those of you with principal offices/employees located on Maui, this is something you need to consider and possibly adjust for with respect to HUBZone certification.

NHOs are Now Eligible for SBIR Awards
SBIR stands for Small Business Innovation Research and STTR stands for Small Business Technology Transfer.  Both programs provide federal funds to qualified awardees.  In a nutshell, the SBIR program encourages domestic companies to engage in research and development that has the potential for commercialization.  The STTR program expands funding opportunities in the federal innovation arena and focuses on expansion of  public/private sector partnerships between small businesses and nonprofit research institutions.

Both programs have different phases and funding opportunities associated with each phase. The SBIR program is highly competitive but provides small businesses with many funding opportunities.   In Hawaii, the High Technology Development Corporation provides matching funds to Hawaii's SBIR/STTR awardees.  For more information, please clickHERE.

Partnership with NACA and NHCC-

NHOA is pleased to announce a continued effort to build business relationships between NACA; Native American Contractors Association and the NHCC; Native Hawaiian Chamber of Commerce in a Memorandum of Understanding or MOU.

The focus of initial discussion centered on harnessing the collective strengths and influence of each organization, and then blending that power to address economic needs within each community.  As a result, NACA, NHCC and NHOA have agreed to establish a working relationship that will be governed by this MOU.  The MOU outlines how the organizations will interact with each other and the benefits that should be realized by each organization.

The ultimate goal of this collaboration is to build financial capacity, raise brand awareness and assist our respective memberships in becoming better positioned to win federal procurements and/or establish strong partnering relationships; this aim will create jobs and build capacity and economic development in our communities.  For more information; a copy of the MOU will be posted on this website.